Last updated on by Reenita Malhotra 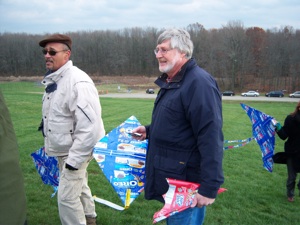 Question: What do you get when you mix a team of extremely creative geeks with a whole lot of trash?

Paul Smith wrote a series of articles about Terracyle last year.  Founded by Tom Szaky and Jon Beyer in 2001 while students at Princeton, Terra Cycle started as a way to spread the benefits of vermicomposting (that is, composting with worms) to a larger audience. Szaky and Beyer were eventually able to earn startup funds, and by 2004, Home Depot was carrying Terra Cycle Plant Food on their website.

Today the story has developed much further. The Terracyle team now visits landfills on a routine basis to collect whatever garbage they can find, for ultimate conversion into usable products. With computer bags made from billboards, pencils made from rolled newspaper and kites made from Oreo cookie wrappers, Terracycle now has regular sales appointments at major retailers like Office Max and Walmart.

In the words of Tom Szaky, this is a company that takes garbage, upcycles it into usable products and then sells it to the world’s biggest retailers.

“Garbage Moguls,” a new National Geographic show that premieres today, Earth Day, at 9 PM ET/PT, follows the team’s unorthodox creative process ― the brain-racking and stress, the silliness and infighting ―all working to build a profitable business with products composed entirely of trash.

A highly entertaining reality show, the crazy politics in “Garbage Moguls” lend it the semblance of something between a real live version of “The Office”  and “The Apprentice” (only here everyone is working together rather than against each other). Even though all of their products are made from pure garbage that has been scavenged at America’s junkyards, the team is entirely serious about making sure that the prototypes work perfectly.  Because if they don’t, then not only will they not be able to sell the product, but the whole company can go down too.

My favorite part of the show is “Go Fly A Kite” which shows how Terracycle’s team members scramble to put together a kite made out of oreo wrappers for a presentation to Walmart.  What’s fascinating is that although the prototype was developed from wrappers collected at a junkyard, the company actually pays schools to collect cookie wrappers which Terracycle team members then wash clean at a local laundry! As with any product, presenting the prototype entails presenting a complete package with the pricing and the marketing plan. Indeed it makes for a whole lot of stress but once the orders come through, the ROI is well worth the effort!

Watch this clip from “Go Fly A Kite.”