Last updated on by John Ivanko 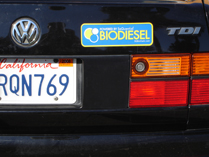 Civil and environmental professor and ecopreneur-inventor Jack V. Matson, PhD.
dedicates his life to practicing “intelligent fast failure,” an expression he coined to capture the essence of innovation. It’s captured in his irreverently titled book, Innovate or Die: A Personal Perspective on the Art of Innovation. As an ecopreneur, he started an environmental design firm, Matson & Associates Inc., housed in a green office building and personally holds two patents on water purification products.

In Innovate or Die, Matson suggests that the goal with intelligent fast failure is to move as quickly as possible from new ideas to new knowledge by making small and manageable mistakes — intelligent failures. By moving quickly, we can determine what works, and what doesn’t, without draining the bank account and energy devoted to developing the idea. With the increasing variability in climate and rapidly changing global marketplace and social fabric, ecopreneurs are creating new business models, products and services that defy common conventions. Some will fail. The key is to keep learning and try to avoid letting your intelligent failures negatively influence your emotions and self-esteem. And by all means, fail falling forward.

Given the widespread interest in producing biodiesel domestically, Matson launched the Green Biodiesel, LLC, a spinoff venture of Matson & Associates Inc., seeking to develop a new biofuel production process that relies entirely on nontoxic materials to produce a clean-burning alternative fuel from renewable resources in the US. One of the problems facing biodiesel producers and users is that the conventional biodiesel production process uses a number of toxic chemicals to convert vegetable oil feedstocks into a usable fuel. Methanol and sodium hydroxide, two toxic industrial chemicals widely used in the transesterfication process to produce biodiesel, are potentially dangerous to humans and the environment. In order for biodiesel to be a truly environmentally friendly fuel, current and future producers need an alternative process that does not use toxic chemicals or produce significant waste products.

Green Biodiesel’s new process settled on the use of solid metal oxide catalysts in a continuous flow process, discovered through various tests and experimentation using the Intelligent Fast Failure process. Green Biodiesel solves many problems associated with the present processing of biodiesel, including the ability to use plant and animal feedstocks and a stable, non-toxic catalyst, plus increased purity of the end product reducing the need for “washing” the biodiesel.

“In less than a year we’ve gone from an idea on paper related to a chemical process to turning out small batches of biodiesel in the lab,” winks Matson, recognizing America’s love of the automobile won’t change fast. “We tried out a lot of ideas with a nominal investment and found a process that works incredibly well. Instead of making a product better, we’ve made a better product with an entirely different process.”

Besides having a comprehensive business plan, Green Biodiesel works in collaboration with the Biofuels Center at Pennsylvania State University, with the Green Biodiesel process protected by a patent applied for by Penn State University and licensed to Matson & Associates Inc. Various options for the full patent among the collaborators are available to secure control over the licensing of the technology, while grant proposals have been submitted for initial research and development, including to the Environmental Protection Agency SBIR Grant Program and Department of Energy SBIR/STTR Program. Numerous strategic partnerships are being entertained, while funds are being sought totaling $1 million for various phases of start-up that include business plan development, proof of concept, design of pilot plant, design of commercial Green Biodiesel reactor and commercialization and marketing of the technology. Eventually, Green Biodiesel might approach a venture capital firm specializing in the GreenTech or Clean Tech industry.

Adds Matson: “It’s a breakthrough innovation inspired by how elements in nature chemically interact with each other to produce a fuel that does not add to global warming. We just add the know-how, the creativity to make it happen.”

As my wife and I write about in ECOpreneuring, we need to trust our personal experiences, intuition and creative inspirations more while embracing failure as an integral part of the learning process. Harnessing failure can improve your business. As it turns out, nature is most innovative when under stress and must adapt.

How have you practiced Intelligent Fast Failure in your green business?