Last updated on by Olga Orda 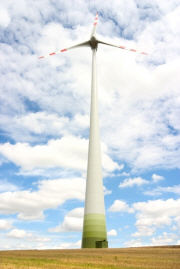 He also readily admits, with a signature askew smile and hearty laugh, that “being an academic is possibly the worst possible preparation for the business world,” and endorses a strong marketing presence in any renewable energy start up because the engineers “can’t seem to understand why somebody wouldn’t want this marvelous invention!”

It’s 7:52pm Wednesday night at the venture capital-esque forum put on by the VEF on CEO War Stories.

MacDonald just finished sharing the Day4 Energy IPO success story and divulged his peak oil predictions (“2012-2015 if you are a pessimist”). Question period is on.

The bean counters in the crowd ask about share dilution to which both MacDonald and fellow panelist Richard MacKellar, former CEO of Brightside Technologies (bought by Dell Inc.) answer “significant” and “don’t expect to get majority ownership in the renewable energy business — it’s just not possible.”

From the back, a keen, 20-something engineering Ph.D candidate piques with the question to the former MIT professor, “where do you see renewable energy going?”

MacDonald straights up and says that, “I won’t recognize the renewable energy technologies my grandchildren will be using … they will renewable energy systems, hybrids of wind, solar, thermal and others.”

He stresses that renewable energy products typically share one of two characteristics: they are either intermittent (like wind) or they are highly localised (like wave energy).

“Look,” MacDonald booms, “solar turns off at night!” much to the crowd’s amusement. “And, believe it or not, wind and solar complement each other; it’s windier during the cooler months and hotter in the hotter months.”

Sage advice. But how to put it into practice?

“Remember,” ends MacDonald, “start-ups require two times as much time and three times as much money or vice versa than you imagined. Be there for the long haul. And hire the best.”